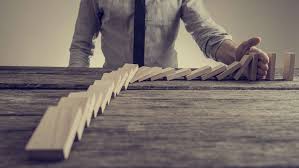 Today’s HexavianTips is a Business Case study on the recent plane crash by the Boeing 737 Max. The Boeing brand is undergoing serious damages at the moment.

The 737 Max plane crash crisis wiped more than $25 billion off Boeing’s market value In just a few days. And they seem to be doing poorly at closing out loopholes fast.

As business owners and CEOs, if you were in charge of Boeing today, how would you improve Boeing’s brand reputation?

I remember last week on this platform, one of our HexavianTips was on Excellence and we discussed the very few firms in the world who have reached Six Sigma certifications. In management, the highest level of excellence is measured mathematically through Six Sigma. Boeing was one of them.  It’s the closest any firm can get to excellence. We owe most of the most powerful breakthrough in aviation and aeronautics to them actually. But excellence is just not perfection.

Perfection is an infinite chase but excellence can be reached. But *the trick is to aim for perfection and if you fail, you’d at least land on excellence. For times when we fail temporarily which is part of life, it’s important to develop a template for damage control. Toyota and Lexus definitely have this. During the classic Lexus recall of the 90s, their corrective steps were legendary. Most recalls are handled by making an announcement to the press and mailing a notification letter to owners. Lexus, instead, call each owner individually on the telephone the day the recall was announced. When the owners picked up their cars at the dealership after the work was completed, each car had been washed and the tank filled with gas. If an owner lived more than a hundred miles from a dealership, the dealer sent a mechanic to his or her home. In one instance, a technician flew from Los Angeles to Anchorage to make the necessary repairs.

Was it necessary to go to such lengths? You could argue that Lexus overreacted. The problems with the car were relatively minor. And the number of cars involved in the recall – so soon after Lexus had entered the marketplace- was small. Lexus would seem to have had many opportunities to correct the damage. The key fact, though, was not the number of people affected by the recall but the kind of people affected by the recall. Who, after all, are the people willing to take a chance and buy a brand-new luxury model

From Boeing to Lexus to our small businesses we all should too.

Boeing has been amazing actually. But they need to communicate that now than ever. In a very sensitive phase as now, I believe their PR shouldn’t be driven directly through them but indirectly through industry key stakeholders that they may sponsor.  I referred last week on my BusinessDay column article I shared here as the triads of influence, namely mavens, sneezers, and connectors. In retrospect,  at times like this, reminding your customers that you sincerely care and you are on top of their matter is a winning strategy.

Boeing is a great brand that cares and is known for excellence and it’s key for them to remind us all  (there are only a few companies in the world with the ISO certification ratings and high level of Six Sigma excellence, the few being Bank of America, Amazon, Nestle, Boeing).  Take for example, If you draw a scatter diagram. In relations to correlations and comparative analysis between airplanes like Boeing and products like Volvo and Rolls Royce ( two of the safest cars), did you know that the mathematical odds of dying in a car crash is one in 5,000 trips? But for a plane crash, it is one for every 1.2 million flights, with odds of dying to be 1 in 11 million. Safety has to be re-guaranteed.

Clearly, the recent crashes have been technical than human. However, not to sound judgmental, but it was only 5 months ago that the first Max plane dropped and then another, a few days ago with reports showing engine complains for a very new plane model is abnormal. But because strangely as a B2B as against a B2C modeled business people are facing their brand and not the airline.

Boeing’s statements and actions have not sufficiently provided confidence to the consumers and as a result airlines upon airlines are banning their planes.

With these said, there’s one brand on the defensive and it’s getting worse. As a market leader, being defensive is not the same thing as defensive marketing ( which is the right thing to do when you have a number one spot market leadership and a star product heading for a dog in the BCG matrix. Perhaps they can try the following:

Imagine having the Boeing CEO  or very top members of the management call members of the family of the deceased. This should be done to let families of victims know that Boeing cares about people that actually fly their planes. This would have been great but then, they are in the  B2B  and not B2C market place. But Lexus called all the people with the malfunctioned car one after the other. It’s easier because of the kind of people involved.  Who, in the year where that happened, after all, are the people willing to take a chance and buy a brand-new luxury model.

How about they start a foundation and then on behalf of the airlines pay all necessary compensation,-In any case this does not concern Boeing directly they should at least provide some compensation for the family of victims, could be in other forms aside monetary payments, like scholarships.

Offer to pay for pilot retraining on the Boeing Max, – This is key if Boeing is to redeem its image, as the said error which leads to the accident was due to lack of training.

For people that bought or already ordered the plane, issue a heartfelt press statement with the family of the pilots who died in conjunction with Ethiopian Airlines, visit countries who have had the Boeing 737 banned, speak with their government officials to give them reassurance of your commitment to the safety of your planes in general.

Generally, it’s important for businesses to react fast and well in relation to damage control.

Uwaoma Eizu is the lead strategist at Hexavia! He is a graduate of Mathematics with two MBAs and over a decade of experience working with startups and big businesses. His core is in building startups and in corporate restructuring. He is also a certified member of the Nigerian Institute of Management, Institute of Strategic Management of Nigeria and the Project Management Institute, USA. By the side, he writes weekly for the BusinessDay newspaper.

Marginal Utility and Gratitude in Crisis

Why We Started HBC and Decoded

8 Steps To Setting Up A Business

If You Don’t Know What You Want.

Working From Home-Working Remotely with your Team

Why We Started HBC and Decoded

Introverts and Their Power of Quietness

Ingredients Of A Growing Business

Marginal Utility and Gratitude in Crisis